The variety of wildlife to be seen here at the Ballindalloch Estate is thrilling and at times unexpected.

Thanks to the conservation work of our ghillies and gamekeepers, the heather bound moorlands of Ballindalloch are once again home to healthy populations of indigenous Red and Black Grouse, Partridge, Capercaillie and wild Pheasant. On our sections of the Rivers Spey and Avon Atlantic Salmon, Wild Brown and Sea Trout continue to prosper.

The mature woodlands of the Ballindalloch Estate are carefully managed to maintain a sustainable population of both Roe and Red Deer. From time-to-time the patient observer will spot a Pine Marten, a rare species that thrives in the Scottish Highlands, and the elusive Scottish Wildcat. We are also pleased to say that the endangered Red Squirrel does very well on the Estate and numbers continue to grow, especially in and around the Castle Gardens.

Raptors fare well here too. Long-eared and barn owls can be heard (more often than seen) amongst the dense foliage and grasslands of the Ballindalloch Estate. Whilst up on the moorlands the keen twitcher can spot sparrowhawks, buzzards and kestrels, hanging on the wind and wheeling in an open empty sky, and of course ospreys – the symbol of Speyside. 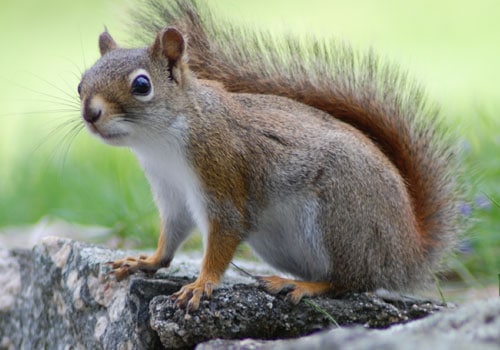 The red squirrel is native to Britain, but its future is increasingly uncertain in parts of the country as the introduced American grey squirrel expands its range across the mainland. There are estimated to be only 140,000 red squirrels left in Britain, with over 2.5 million greys. However, they are prolific in this part of scotland with reports that they are in fact pushing back against the non-native grey squirrel population. 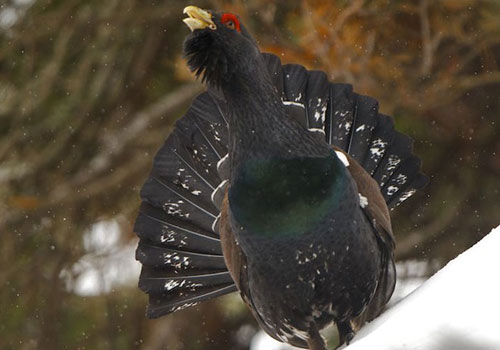 The capercaillie is one of Scotland’s most iconic birds, but also one of the most endangered. There are thought to be only around 1000 birds left in the wild and the north east of Scotland is a major stronghold for the species with at least 80% of the national population. 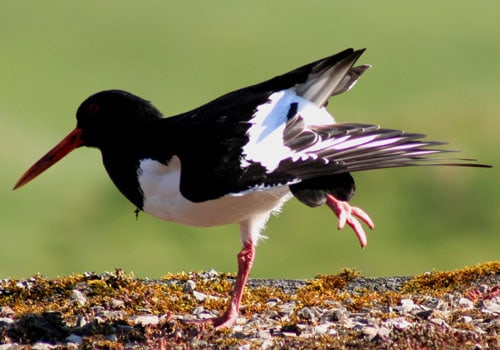 You can’t mistake an oystercatcher. They are distinctive and vocal birds. Both sexes of this wading bird are similar, having predominantly black plumage with a white underbelly. In flight you also see a white bar along the upper wing. It has a very distinctive red beak, red around eyelids and red legs; with a loud piping alarm call on the ground and in flight. The nest is usually a depression in stony ground. 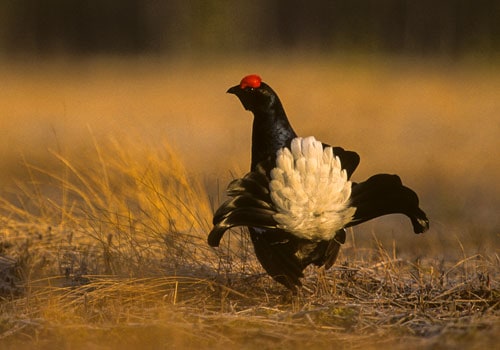 Better know as the Black Grouse, the all-black males have distinctive red wattle over the eye and show a striking white stripe along each wing in flight. They have a lyre-shaped tail which is fanned out and raised to show white under-tail feathers when displaying. The smaller grey-brown females have a slightly notched tail. 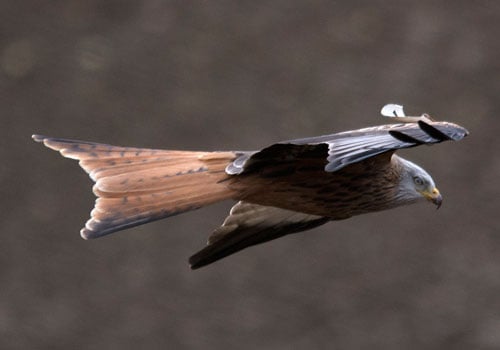 There are 14 species of raptor that make their home here (18 if you include owls).  Some are resident here all year, while others, like the osprey, fly thousands of miles to breed or winter in this part of Scotland. A great deal of work is being done in the area of land management to help protect the species.